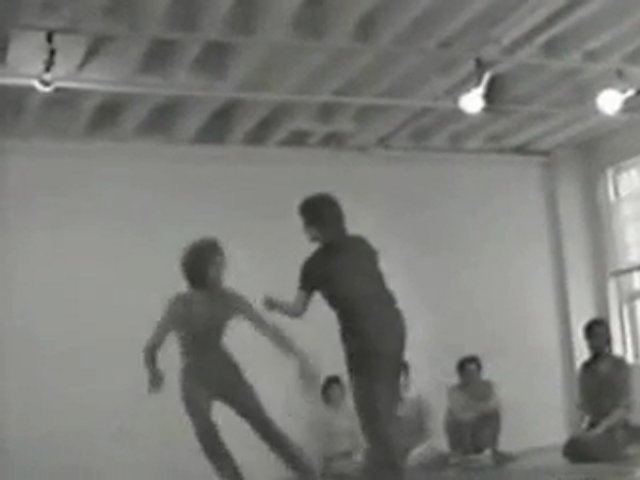 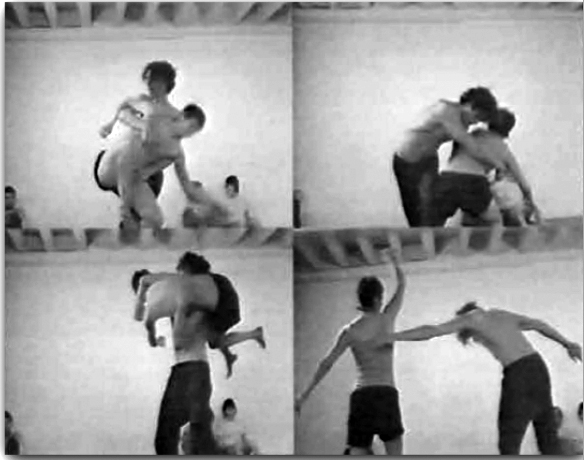 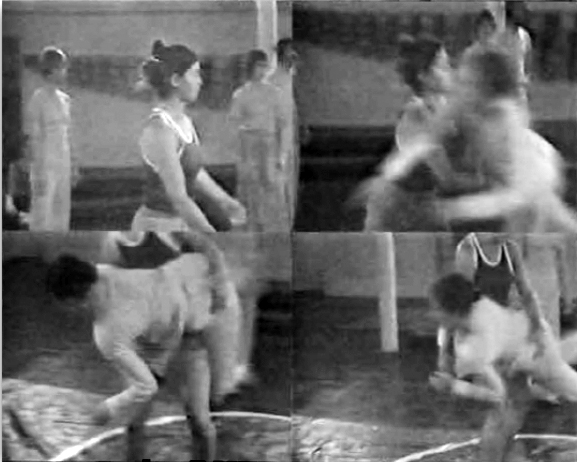 Material for a spine.

In 1986, dancer Steve Paxton began examining the spine he had observed in the practice of Contact Improvisation, a duet movement form he had instigated in 1972. Material for the Spine immerses us in this artist’s world for the first time, to experience the logic and invention at the core of his technique. The system of MFS is a meditative study of spinal and pelvic movement initiations combining a technical approach with an improvisational process.  The fruit of four collaborative years with Paxton, these audio-visual essays deal with concepts such as gravity, weight, walking, the back, and improvisation, utilizing video imagery, motion capture sequences, extracts from lectures, classes, workshops, and archival footage of performances.In addition, each of the forms of the Material for the Spine technique is detailed in the interactive videos.

“With Material for the Spine, I am interested in alloying a technical approach to the processes of improvisation. It is a system for exploring interior and exterior muscles of the back. It aims to bring consciousness to the dark side of the body, that is, the ‘other’ side, or the inside, those sides not much self-seen, and to submit sensations from them to the mind for consideration.”

A renowned artist, Steve Paxton’s early background was in gymnastics, modern dance and classical dance. He then explored yoga, tai chi chuan and aïkido. He performed with the Merce Cunningham Dance Company and was a founding member of the Judson Dance Theater and the Grand Union improvisation collective in New York. In 1972, he started developing a new dance form, Contact Improvisation, a method that is now practiced around the world. Paxton performs, choreographs, lectures, and teaches primarily in the Americas and in Europe.

Voir plus de vidéos de Material for the spine

Portrait of the american dancer and teacher Nancy Stark Smith and the dance form Contact Improvisation, shot at Casina Settarte (Italy).
A film by Sara Pozzoli and Germana Siciliani
www.nancystarksmith.com 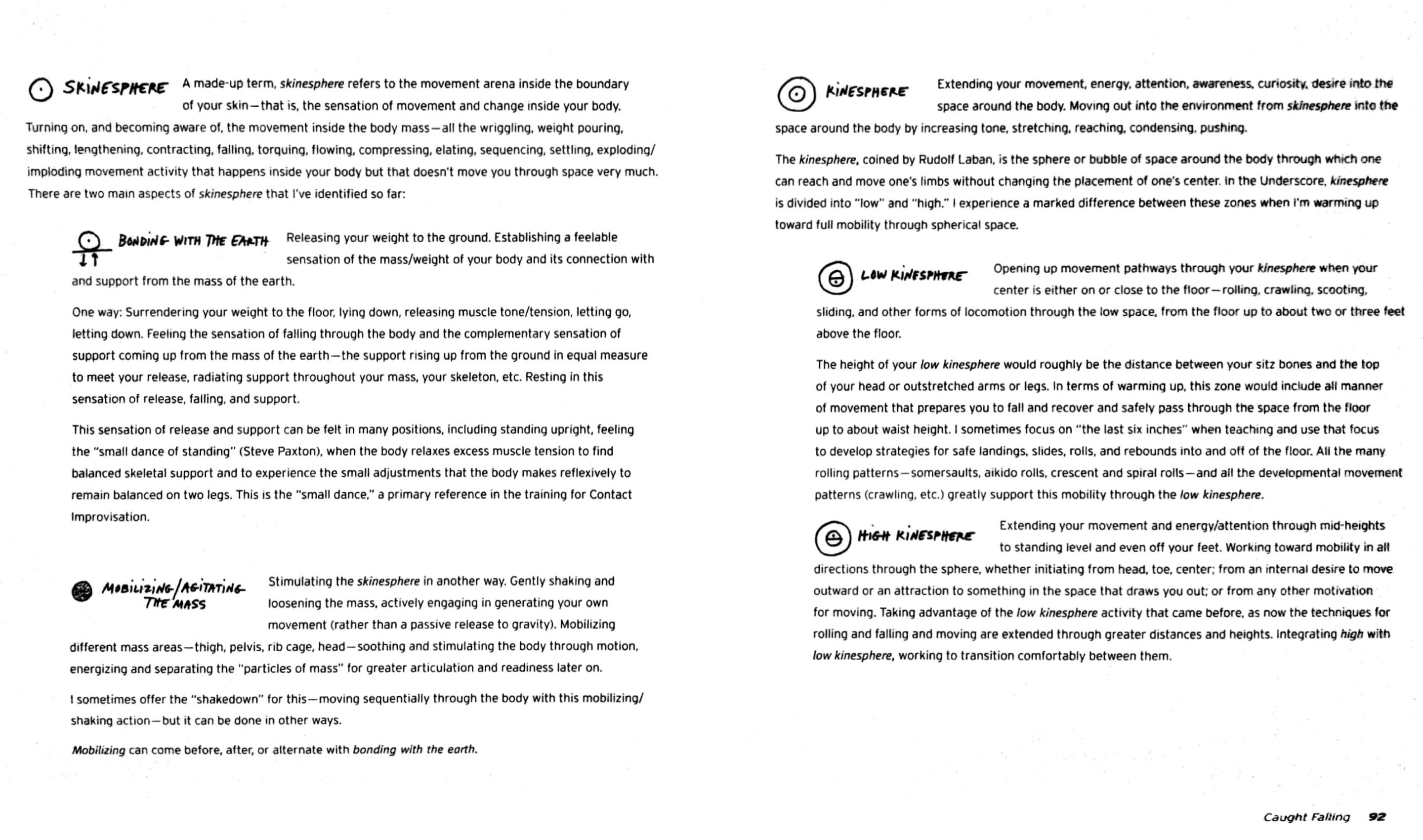 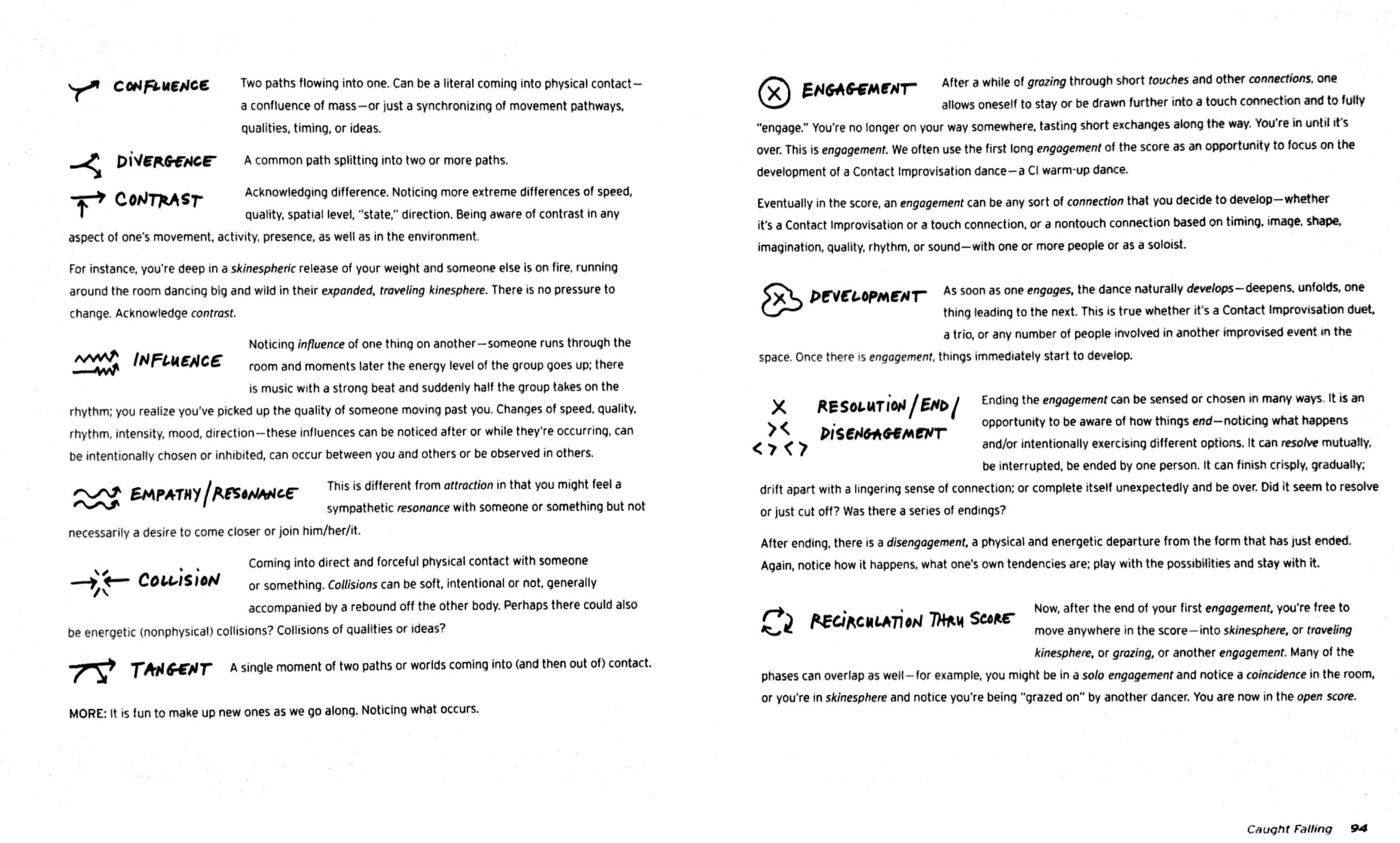 There are many ways of defining the dance form Contact Improvisation. Here are two:

Contact Improvisation is an evolving system of movement initiated in 1972 by American choreographer Steve Paxton. The improvised dance form is based on the communication between two moving bodies that are in physical contact and their combined relationship to the physical laws that govern their motion—gravity, momentum, inertia. The body, in order to open to these sensations, learns to release excess muscular tension and abandon a certain quality of willfulness to experience the natural flow of movement. Practice includes rolling, falling, being upside down, following a physical point of contact, supporting and giving weight to a partner.

Contact improvisations are spontaneous physical dialogues that range from stillness to highly energetic exchanges. Alertness is developed in order to work in an energetic state of physical disorientation, trusting in one’s basic survival instincts. It is a free play with balance, self-correcting the wrong moves and reinforcing the right ones, bringing forth a physical/emotional truth about a shared moment of movement that leaves the participants informed, centered, and enlivened.

Contact Improvisation is an open-ended exploration of the kinaesthetic possibilities of bodies moving through contact. Sometimes wild and athletic, sometimes quiet and meditative, it is a form open to all bodies and enquiring minds.